SOPA sponsor Lamar Smith came close to destroying the Internet we love (it took the largest online protest in history to stop him). So we thought it would be awesome if the internet sent Lamar a message, in the form of a billboard right outside his Texas office.

Your donations funded *two* billboards in less than two days, which ruled. Thanks! Plus, our friends at Breadpig made t-shirts to support our new project, the Internet Defense League. You can buy one here. 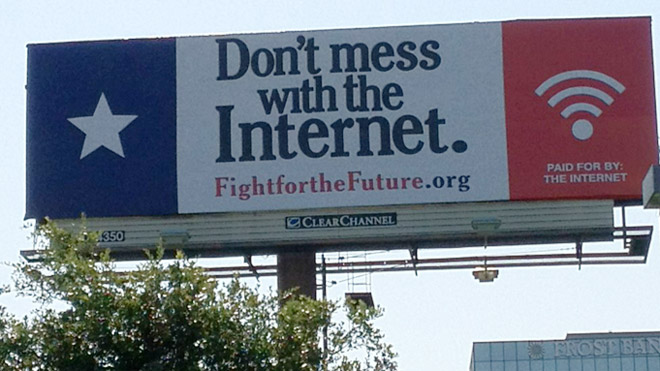 This is an election year, and we've got a lot planned. Right now we're scrambling to organize Senate constituent meetings to stop CISPA / Lieberman-Collins. The Internet Defense League is gearing up to build the network that stopped SOPA into an ongoing force for good. We'll be taking aim at the US "6-strikes" regime. And even bigger things are in the works for the November election.

Check out our past work, and if you're impressed, make a generous donation. We're a small team and we've had a huge impact so far. Your support will go a long way.

P.S. We'd love to see photos of people who took part in the blackout standing in front of the billboard. Send them to [email protected] :)

(The first is as close to his San Antonio office as we could get: Loop 410, 500 ft. east of Nacogdoches. And the second is on Lamar Blvd. in Austin between 12th St and 15th St --his Austin office doesn't have any billboards nearby.)


View Don't Mess With The Internet Billboards! in a larger map 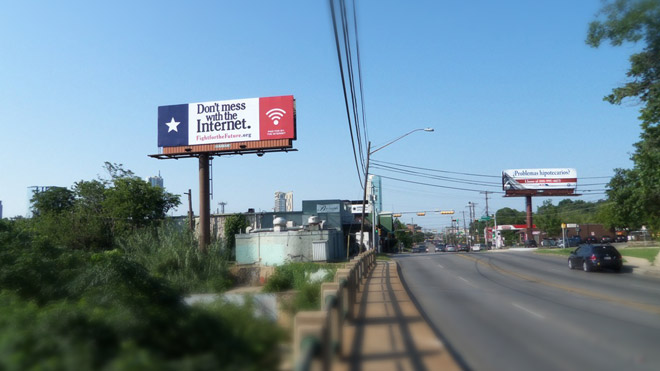 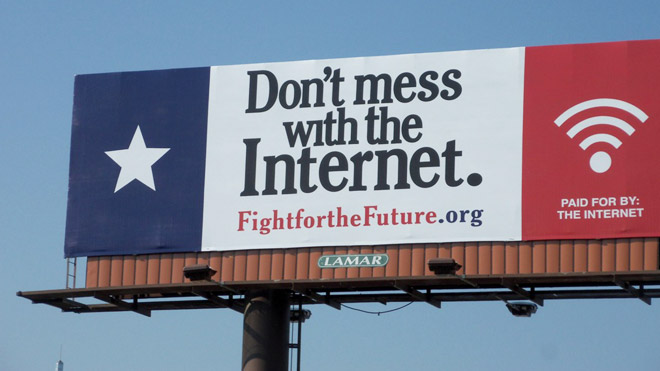 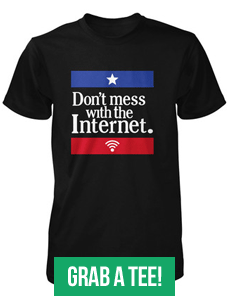 Our friends at Breadpig designed not only the billboard, but also these shirts! 10% goes to support Fight for the Future and the Internet Defense League. You'll have a billboard for internet freedom on your chest and support the organizations defending it.

Fight for the Future